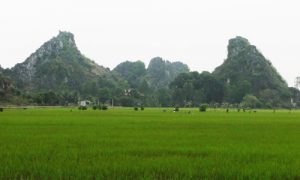 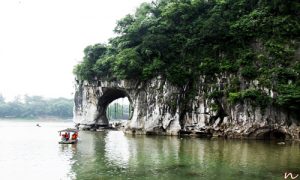 Through Kien An district, visitors will see Mountain Elephant (An Lao district). Mountain Elephant looks like a huge elephant lying between paddy field and blue sky, with an area of more 1km2, 145m high reflected in Lach Tray river.

A far-away sound of Wooden Bell of Long Hoa pagoda in a quiet atmosphere takes us into Buddhist heaven. In addition, Mountain Elephant was the place where Phan Ba Vanh set up his flag and rose up in arms to oppose Nguyen Dynasty in 1825. Traces of French colony barrack namely Tuong Son which had been leveled off by Cu Binh insurgent troop in just one night of November 1888 is obvious… History of Mountain Elephant guerilla team is still there…